Derek McLennan's hobby actually paid off. He unearthed the largest collection of Viking Antiques that made him into a very, very wealthy man. 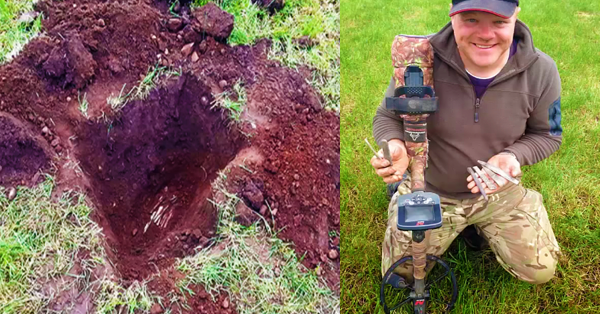 Derek McLennan's hobby made him one of the richest man in the UK after finding a rare set of Viking treasures. Derek is a metal detectorist -- he goes around snooping land for some hidden finds. Usually, it's nothing interesting. But one day, Derek stumbled upon a large collection of Viking Antiques in a Dumfries and Galloway field back in 2014.

He found silver bracelets, brooches, a gold ring, an enamelled Christian cross, and a golden pin in the shape of a bird. Unfortunately, McLennan couldn't keep it. He decided to hand it over to experts. The people at the Queen's and Lord Treasurer's Remembrancer (QLTR) decided that the loot should be exhibited at the National Museums Scotland, provider that they pay 1.98 million pounds to Derek. That's roughly 12 million pesos in our country.

The amount is considered to be an ex-gratia which includes the total market value of the said finds.

Unfortunately, the land owner of the fields cannot claim any share to the amount awarded to McLennan because in Scotland, awards are solely given to the finder-- unlike the rest of UK which decree an equal split between finder and land owner.\ 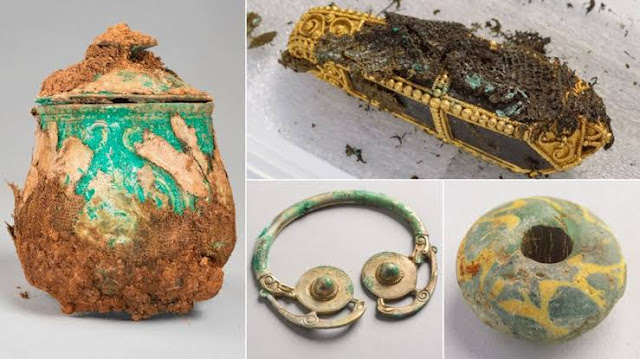 NMS has been given 6 months to raise the amount. David Harrie from QLTR said that McLennan's find is one of the most precious and value-adding piece of Scottish history. In an interview he said:

“I am pleased to announce that I am minded to accept the recommendation of the Scottish Archaeological Finds Allocation Panel [Safap] that these wonderful items be allocated to National Museums Scotland, subject to it meeting the ex gratia award which would then be payable to the finder."

Andre Brouillette,2,Business,2,Dante Gulapa,1,Fictional,2,Health,21,informative,1,Inspirational,18,Inspiring,63,Local,115,Lou Yanong,4,News,77,Showbiz,185,Sports,3,Tips,2,Treding,13,Trending,252,Video,101,Viral,221,World,52,
ltr
item
BAYAN KO | KATOTOHANAN: This man's Hobby Led Him to a Discovery that Changes his Life
This man's Hobby Led Him to a Discovery that Changes his Life
Derek McLennan's hobby actually paid off. He unearthed the largest collection of Viking Antiques that made him into a very, very wealthy man.
https://1.bp.blogspot.com/-i09BswoDBIQ/XJX2FKMYSuI/AAAAAAAAHag/yGdfnibZDBMFHPTe8tPIk4LqmKnZ4QpogCLcBGAs/s1600/thumb3.png
https://1.bp.blogspot.com/-i09BswoDBIQ/XJX2FKMYSuI/AAAAAAAAHag/yGdfnibZDBMFHPTe8tPIk4LqmKnZ4QpogCLcBGAs/s72-c/thumb3.png
BAYAN KO | KATOTOHANAN
https://www.bayanko.info/2020/02/this-mans-hobby-led-him-to-discovery.html
https://www.bayanko.info/
https://www.bayanko.info/
https://www.bayanko.info/2020/02/this-mans-hobby-led-him-to-discovery.html
true
5481530498957311003
UTF-8
Loaded All Posts Not found any posts VIEW ALL Readmore Reply Cancel reply Delete By Home PAGES POSTS View All RECOMMENDED FOR YOU LABEL ARCHIVE SEARCH ALL POSTS Not found any post match with your request Back Home Sunday Monday Tuesday Wednesday Thursday Friday Saturday Sun Mon Tue Wed Thu Fri Sat January February March April May June July August September October November December Jan Feb Mar Apr May Jun Jul Aug Sep Oct Nov Dec just now 1 minute ago $$1$$ minutes ago 1 hour ago $$1$$ hours ago Yesterday $$1$$ days ago $$1$$ weeks ago more than 5 weeks ago Followers Follow THIS PREMIUM CONTENT IS LOCKED STEP 1: Share to a social network STEP 2: Click the link on your social network Copy All Code Select All Code All codes were copied to your clipboard Can not copy the codes / texts, please press [CTRL]+[C] (or CMD+C with Mac) to copy Table of Content