Jinkee Pacquiao can't help but feel a little sad over her two eldest boys growing up.

Jinkee Pacquiao can't help but feel a little sad over her two eldest boys growing up. 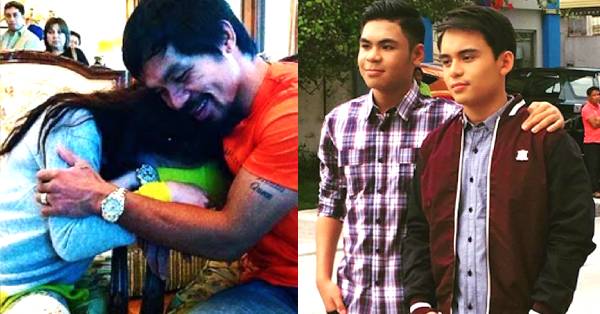 The Pacquiao Family has been living like royalty ever since boxing champ and Senator Manny Pacquiao decided to use his fists to break their way out of poverty. Now, they are considered to be one of the most affluent families around. But the Pacquiao Family is not spared of the many troubles of domestic life -- which includes puberty, and issues as public personalities.

Because of this, the Pacquiao kids have been living under the spotlight since they were born. Jimuel, the eldest, and Michael the next, have been through it all. Now that they have all grown up, Jimuel and Michael are now starting to make a name for themselves.

However, it seems like their loving mother, Jinkee Pacquiao, isn't ready for the sudden independence that her two eldest sons are currently feeling.

That led her to write an emotional post in Instagram, reminiscing her fun times when her two sons were just wee children in General Santos City. But Jinkee did not cut of her sons wings and just expressed her support for everything that Jimuel and Michael wish to do now.

Many netizens have joined the emotional mother on her stroll down memory lane and remarked that they, too, remember when Jimuel and Michael were both young. Others commented that the senator raised good kids, as seen as how these two dashing young men are now. 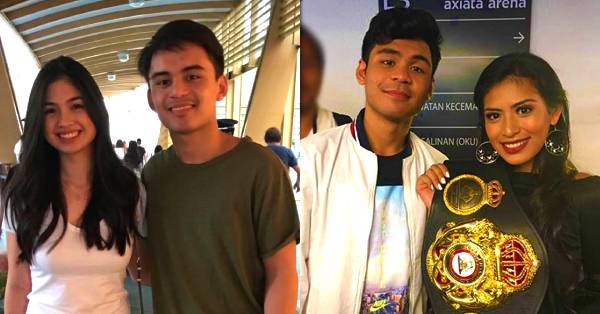 Recall that both Jimuel and Michael now have their respective girlfriends. Jimuel, recently admitted his relationship with Pinoy Big Brother alumna Heaven Peralejo in an exclusive interview with ABS-CBN. Meanwhile, his brother Michael had always been open with the status of his long distance relationship with Yasmin Aziz, a Filipino-Malaysian model and singer.

Michael is now interested in dance and music as seen on his social media accounts. And the eldest Pacquiao stated that he will follow his father's footsteps and began training to become the next boxing legend. Unsurprisingly, Jinkee and Manny were both against this decision, but had to comply.

What will come of these two eldest Pacquiao lads? Share us your thoughts below!