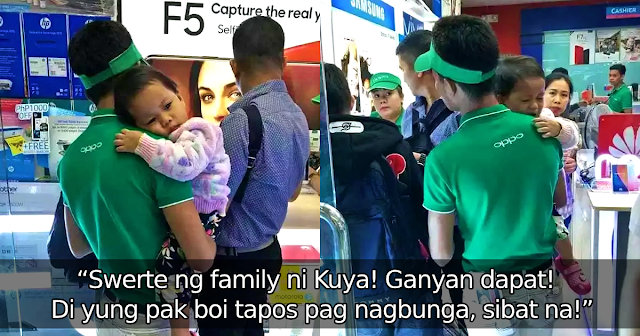 In the olden days, women are expected to stay home and care for the kids while the father works to earn a living. However, the current state of the economy made this set-up less sustainable. At one point, mothers also had to take up jobs, which meant the responsibility of caring for the kids also became a shared thing.


For this cellphone agent, though, this is no problem. Erikson works as a cellphone agent and promoter in the mall. For some reason, he must have found no one to look after his baby girl one day. Here's what he did: 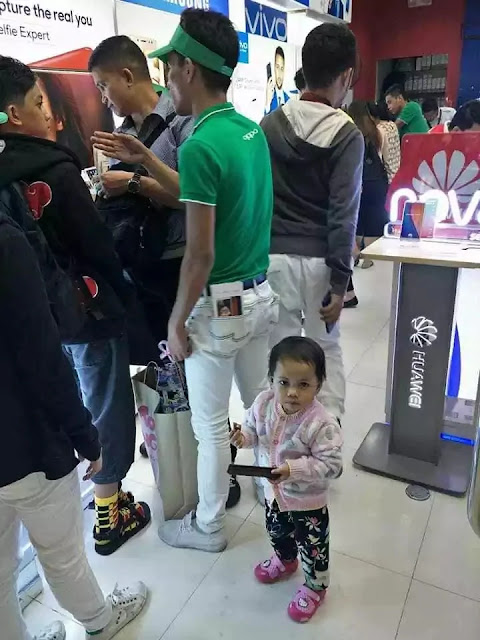 He decided to bring his baby girl to work! Since the kid is just a toddler, Erikson had to carry her most of the time while talking to potential customers. Doing just one or the other is already tiring. Imagine having to do both at the same time. Impressed, Erikson's workmate took snapshots of the precious moment to give the man a tribute.

Here is the most incredible part. His workmate revealed that even though he had to work that day, Erikson was still able to sell as much as 5 cellphone units! Even by modest standards, that is very impressive. How lodi is that? 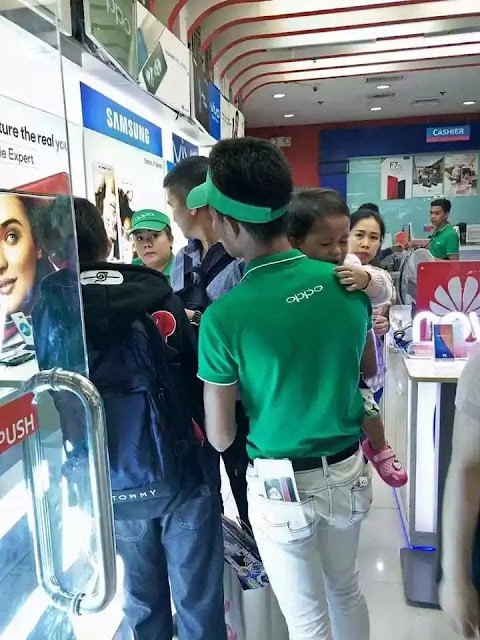 Thanks to Erikson's workmate, netizens were able to enjoy this story and admire the man as he deserves to be admired! Surely, the phone brand he's working for would be attracting even more customers after this went viral. For sure, not all companies and bosses will allow their employees to bring their babies to work!

This shows compassion on the side of Erikson's employer, and irrevocable integrity on Erikson's part. We wish nothing but the best for his family. May he sell a lot more cellphone units to give his daughter a wonderful life. Godspeed, Erikson!