These celebrities are completely unapologetic and honest about improving their pearly whites. Who could they be? Find out here. 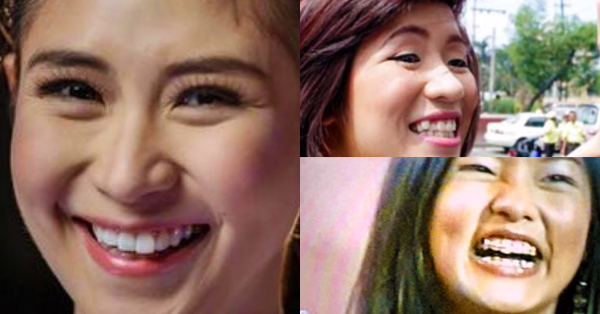 In show business, one'e best and most precious capital would be her looks. Every single thing will be put under the spotlight for everyone to scrutinize, which is why actresses spend a lot of money on cosmetic surgery. Nowadays, it's no longer considered taboo and simply seen as an ordinary part of being in the industry. Still, it's very interesting to see how much some of these actresses have changed their looks throughout the years. Specifically, we will take a look at some actresses who have had some cosmetic work done on their pearly whites.

Surprising, isn't it? Well, please don't picture our Queen P with broken or missing teeth. Her teeth were actually pretty good even before the cosmetic dentistry, just a little bit uneven.

In Filipino, they call it 'sungki,' and Angel Locsin used to have two of it! After a bit of work, her whites are now perfectly aligned.

As a young girl, her teeth were really b4d. But as a singer, it was really a wise investment to get the perfect set of teeth, especially when she transitioned to being Jake Zyrus. 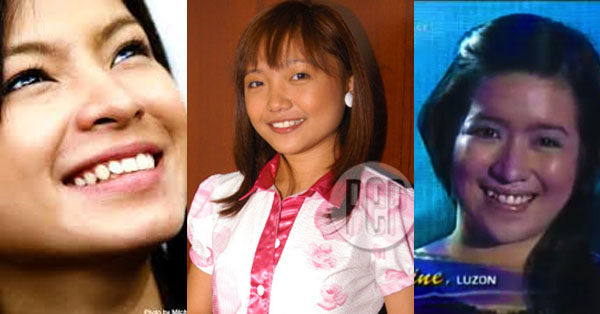 Another singer who used to have really terribl3 teeth would be Angeline. A lot of people actually noticed it when she was still joining contests left and right, but since Angeline has also transitioned into being a movie star, she had to get better teeth.

Well, aside from her teeth, Kim Chiu has actually had a lot of work done on her face. Just take a look at her pictures from her PBB days and you'll really appreciate the glow up! 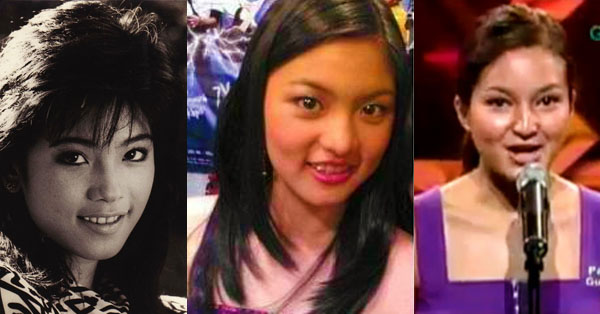 Indeed, Regine has had a lot of work done on her teeth. We know it's hard to imagine Regine being anything less than perfect, but that's what she is now, anyway.

Oh, gosh. We couldn't even begin to describe how much improvement her new set of teeth has done for her!

We're not kidding. If you want to see how she looked before she had any work done on her teeth, just watch the video below: